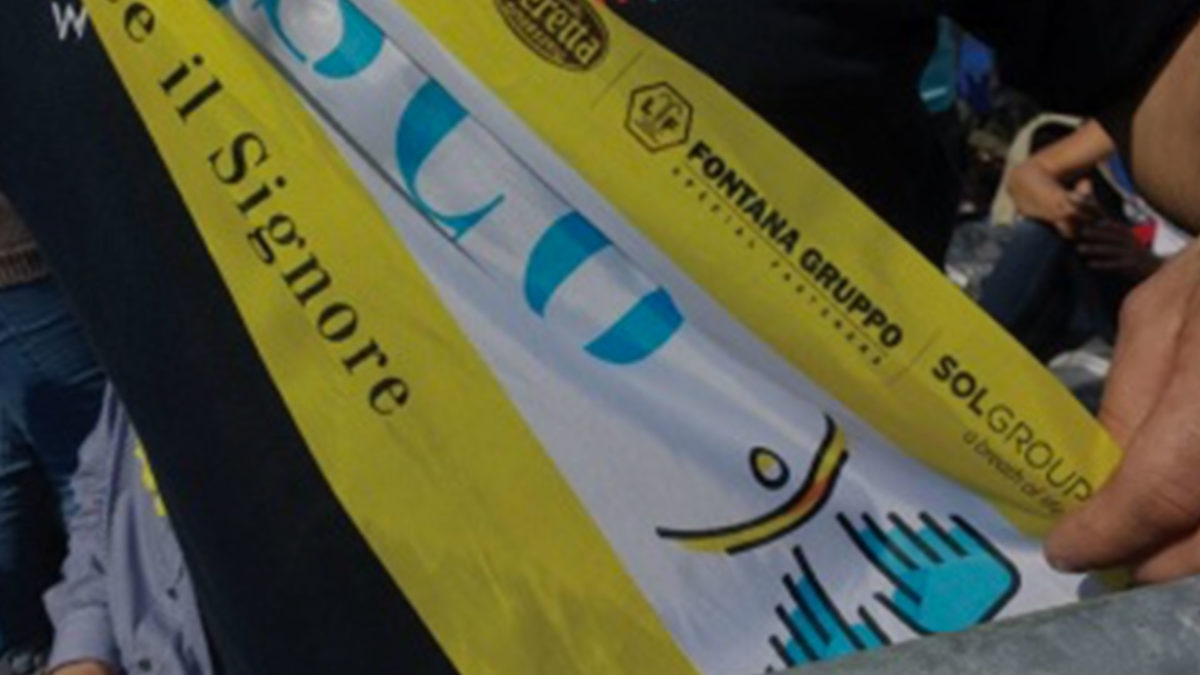 Fontana Group contributes to Pope Francis’ visit to Monza
The Fontana Group too wanted to be close to Pope Francis during his visit
to Milan on Saturday 25th March during the morning and in Monza Park
in the afternoon for the solemn mass, in which over one million people
took part. The welcome the people of Lombardy gave to the Pope was a
truly warm one, to the extent that Francis himself said “he had felt very
much at home”. The day thus became a truly important one for Brianza
where the Fontana Group has its headquarters. Hence the decision to
give its own concrete contribution in favour of the event; and in fact the
Company logo was to be seen on all the scarves and material distributed
to the participants (passes, posters and displays, maps…) who welcomed
the Pope with exceptional enthusiasm. “Pope Francis’ visit filled us with
pride and gave us a chance to listen to the Holy Father close up – said
Giuseppe Fontana, CEO of the Fontana Group. – In the light therefore of
the strong focus we place on our district and its promotion, when we
were asked for a contribution to make this event possible, we thought it
only right to do our bit in the name of our family, our Group and the
people who make it up”.