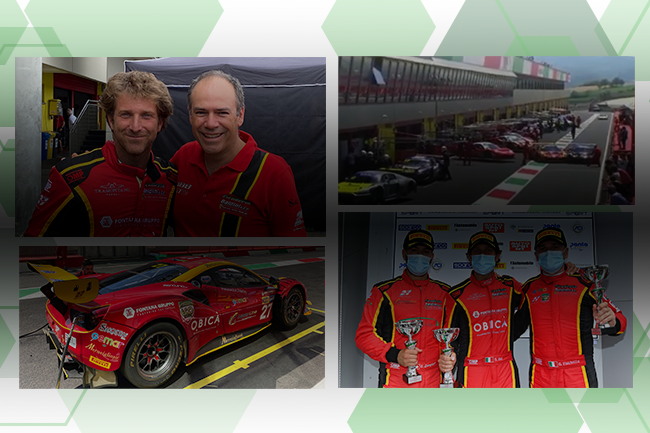 During the weekend of 3-4 July, the second race of the Italian GT Endurance Championship was held. Due to an accident in the pits and the impossibility of performing the qualifying, the Ferrari 488 GT3 of Stefano Gai, Giancarlo Fisichella, Daniel Zampieri of Scuderia Baldini started from the last position. At the start, however, they immediately recovered up to a well-deserved second place, reached after 3 hours of an exciting race. Fontana Gruppo was present at the Mugello Circuit and is proud of the result.
The next appointment will be for the weekend of 17-19 September in Vallelunga, where the presence of the Group’s customers is confirmed.