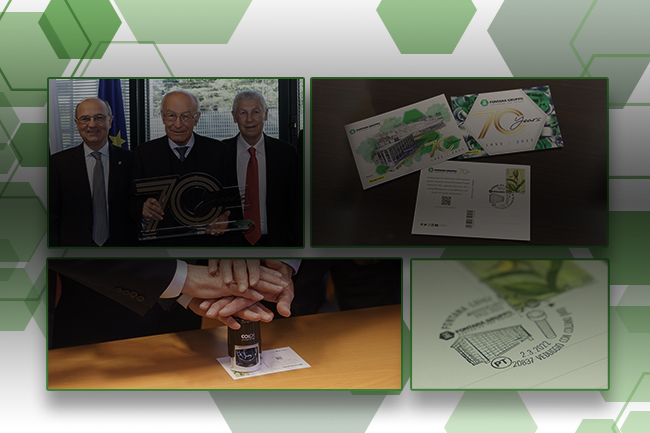 March 2nd will forever remain in the Fontana Gruppo’s history because it is the foundation anniversary of Fontana Luigi S.P.A., the Company from which the Group originated, but also because on March 2nd, 2022, there was the postmark’s stamping ceremony. Created ad hoc with Poste Italiane to celebrate the Company’s 70th anniversary, the postmark certifies the goal achieved. It reproduces the representative elements of the Group: the Veduggio Headquarters, the 70th-anniversary logo, the fasteners, and the Fontana Luigi S.P.A.’s date of birth.Poste Italiane will use the postmark for the next three months following the stamping ceremony and deposit it at Rome’s Historical Museum of Communication.Fontana Gruppo and Poste Italiane also created a folder and two different limited edition postcards.